Telegram
SYNCHRONIZATION of Cataclysms: Fires, Tornadoes, Abnormal Snowfalls, Floods & Landslides in Americas The previous episode of Breaking News highlighted that on April 10, 2022, storm MEGI hit the Philippine coast. According to updated information, it is known that the forces of nature killed more than 160 people and about 100 are still missing. About 2 million people were affected by the disaster. Damage to agriculture in the Philippines exceeded $4.5 million. 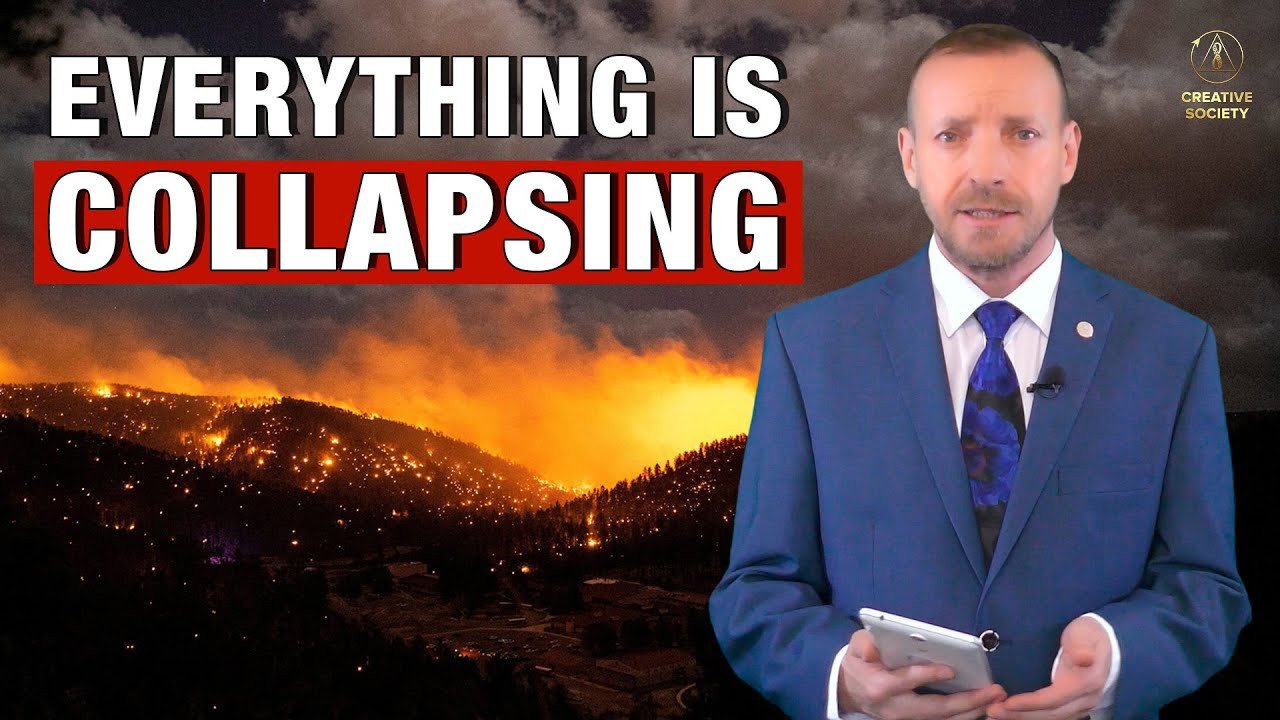 The previous episode of Breaking News highlighted that on April 10, 2022, storm MEGI hit the Philippine coast. According to updated information, it is known that the forces of nature killed more than 160 people and about 100 are still missing. About 2 million people were affected by the disaster. Damage to agriculture in the Philippines exceeded $4.5 million.

Climate catastrophe eyewitnesses and Breaking News reporters tell you all about it in this episode.

On April 12, 2022, a wildfire broke out in New Mexico, USA. Unfortunately, there were casualties. Seasonal winds, with gusts up to 145 km/h, were fanning the fire. More than 200 homes and more than 24 acres of land burned.

On the same day, a tornado and large hail storm struck the city of Salado, Texas. More than 20 people were injured. Some buildings were ruined. The supercell dumped giant hail - up to 5.5 inches (13.7 cm) in diameter. Several tornadoes were also reported in the state of Iowa.

At this time, the blizzard brought record April snowfall to Montana and North Dakota, USA. This winter storm broke more than a century-old record for the amount of snowfall, with up to 4 feet (120 cm) of snow falling here in some places. The snowfall was accompanied by strong winds and a record low temperature of -29.5०C. Air service and traffic on many highways were suspended.

From April 13 to 16, a powerful storm struck Louisiana, New Mexico and Kentucky. More than 116,000 people were left without electricity.

And on April 19, a spring storm hit the northeastern United States and Canada with high winds and abnormal snowfall. More than a quarter of a million homes and businesses were without electricity. No injuries were reported.

On April 14, 2022, a major storm hit the state of Assam, India: 48 hours of torrential rain and thunderstorms, with powerful winds up to 125 miles per hour. Unfortunately, there were more than ten casualties.

Climate change is becoming larger and more contrasting, even within a single continent. While in some regions people suffer from a lack of precipitation, in others they suffer from an overabundance of it.

Strict water rationing was introduced in Santiago, the capital of Chile, with a population of nearly 6 million people. The reason for this was a record drought that has persisted in the country for 13 years.

On April 15, heavy rains caused flooding in the city of Manaus, Brazil. Streams of water-filled streets and flooded homes. Several landslides were reported. No injuries were reported.

On April 16, heavy rains hit the municipality of Suarez, Colombia. The Piedra Iman Gorge overflowed with water, causing flooding and landslides in some areas of the municipality.

On April 20, the heaviest April snowfall in 20 years fell in Spain. Some highways were blocked. Temperatures dropped to - 2०C.

On April 21, a major storm with hail and gale-force winds hit the Taif Desert, Saudi Arabia. Rushing torrents of water rushed down the hills and turned the roads into rivers. A thick layer of hailstones covered the desert area.

Climatic disasters occur constantly on the planet and indicate that global climate change is gaining momentum. The world is teetering on the edge of choice.

Today, right now, it is necessary to urgently consolidate the efforts of the entire world community. And a solid pillar on this path is the Creative Society.

On May 7, 2022, there will be an international online forum in 100 languages, called "Global Crisis. We Are People. We Want to Live." The information that is being withheld from us will be voiced live.

"GLOBAL CRISIS. WE ARE PEOPLE. WE WANT TO LIVE" | International Online Forum | May 7th, 2022 https://creativesociety.com/global-crisis-we-are-people-we-want-to-live