From September 23 to October 3, the annual international Zurich Film Festival is held in Switzerland and is attended by many celebrities from all over the world. This is a film festival that acquaints the audience with the most progressive and interesting works of new-time cinematographers and is a platform for sharing the ideas of film industry workers, creative groups and the audience.

The “golden icon” of this year's festival was the film actress and the guest star of Hollywood Sharon Stone. So, ALLATRA TV reporters managed to ask her an important question: “Considering the latest climate events, what do you think is happening on the planet now? What can people do? What would you advise them?” 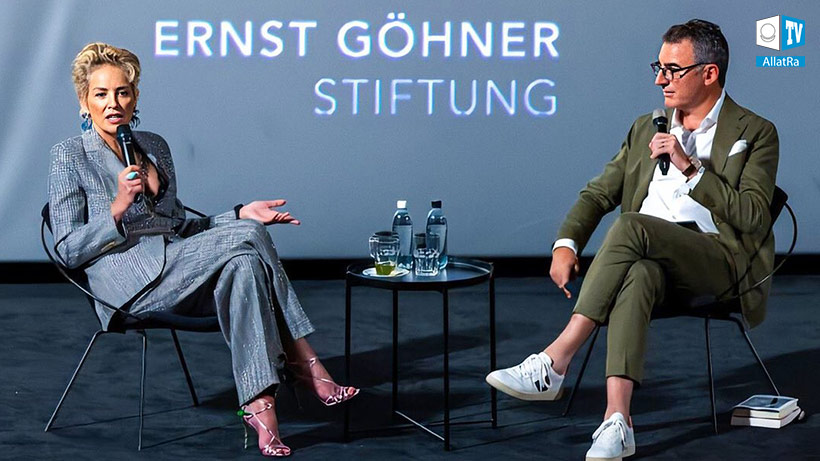 Sharon replied: “I actually do feel that one of the most important things that we can do is understand that we as individuals have power. You can walk down the street every single day and see plastic bottles on the street. What is wrong with you if you do not pick them up and put them in the trash? If you let them rolling into the sewer, you are corrupting your own water system. Is it too much for you to put your shopping cart back? So that it does not hit someone's car so that this does not go into car repair. And more, and more.

It’s the sense of individual responsibility, it is so much bigger than you imagine. If you deal with your own waste, pick up stuff that you see on the street. Stop just being asleep in your life day to day,   — says the film actress. — You should start to realise what kind of dishwasher you use and how much water it takes. Does it just dump the water or when it rinses the dishes does it hold the water and use that same water to wash the dishes the next time? You could save something like 40 million gallons of water a year.

So are you awake with what you can do? Are you actually awake? You know I think it's just about waking up. I mean, Margaret Mead, the anthropologist, said that it is indeed only the individual that can make a change. And it is!”

At the end, Sharon Stone emphasized the importance of each person beginning to act: “It’s not like joining a group, becoming some kind of advocate, it's not only this incredibly remarkable child Greta Thunbenrg that can make a difference, who is illuminating all of us. It is just, like, “Wake up!” Don’t leave your crap here when you get out, pick it up, take it out of the theatre, put it in the trash can”.

Indeed, the time of inaction has ended! Millions of people around the world are already taking responsibility and implementing the Creative Society Project, which is aimed at improving the habitat and life of every person. Join the project on the allatraunites.com, website. Together we can do much more!