Telegram
The power of 1000 atomic bombs → Volcanic eruption in Tonga! Abnormal heat waves, floods, snowfalls On January 15, 2022, the Hunga-Tonga-Hunga-Ha'apai underwater volcano erupted in the kingdom of Tonga. A powerful shock wave was visible even from space. 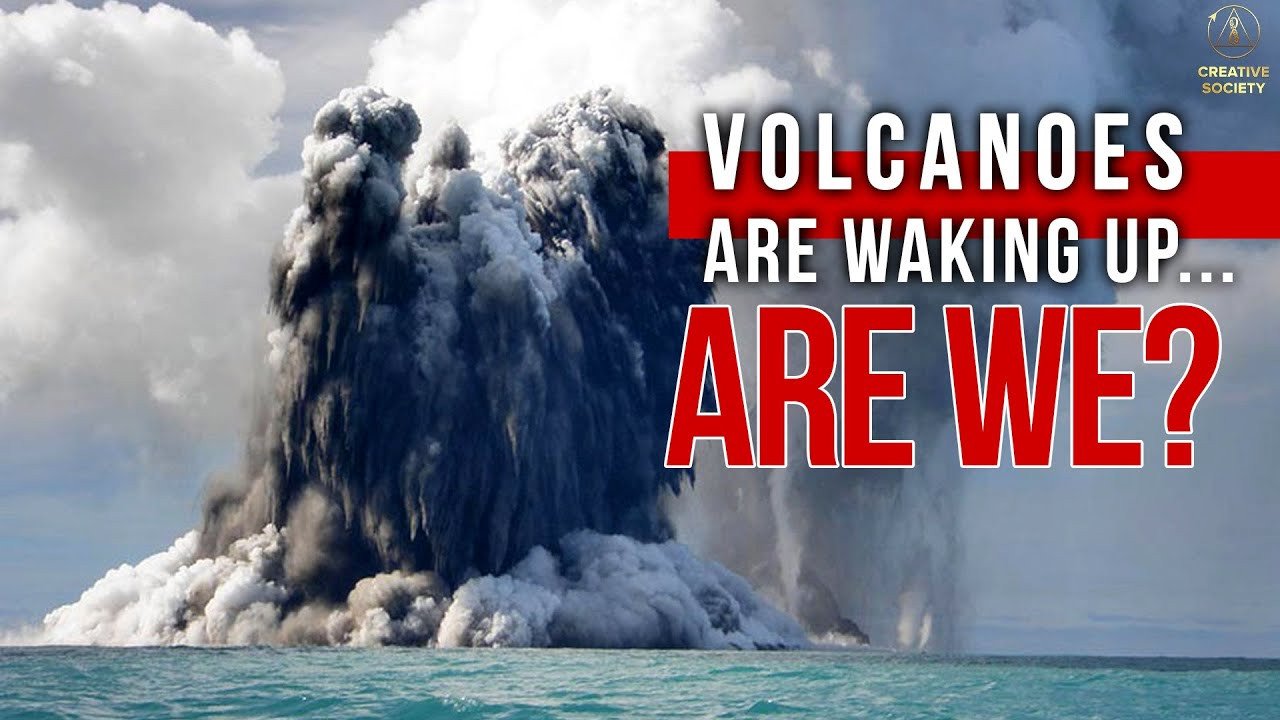 On January 15, 2022, the Hunga-Tonga-Hunga-Ha'apai underwater volcano erupted in the kingdom of Tonga. A powerful shock wave was visible even from space.

It was the most violent eruption in decades. The column of ash, steam and gas rose to a height of 39 kilometers. Two people died in the eruption, several dozens are still missing. The islands of Hunga-Tonga and Hunga-Ha'apai were nearly destroyed. Much of the country was left without communications and electricity.

Ocean waves rushed across the Pacific Ocean to the shores of Japan, the United States, Mexico and South America. Towns in Peru were flooded and unfortunately, casualties have been reported. In New Zealand and Australia, residents have fled potentially dangerous places.

Volcano and earthquakes, abnormal heat and storms are recounted by eyewitnesses and breaking news reporters from around the world in this issue.

On January 14, 2022, a magnitude 6.6 earthquake struck the island of Java, Indonesia. Fortunately, there were no casualties.

On January 17, there were two earthquakes in the west of Afghanistan in Badghis province's Qadis region. Magnitude 5.3 and magnitude 4.9. Unfortunately, dozens of people were killed. Houses were reduced to rubble. Earth tremors were felt in Uzbekistan and Turkmenistan.

On January 14, 2022, the absolute temperature record for the entire history of weather observations has been fixed in Uruguay - the temperature reached +44०С.

On the same day, in the city of Mar del Plata, Argentina, was recorded a record high temperature of +42,०С. The water level of the Paraná River, the second largest river in South America, dropped below the record high of 1945. A drought and outbreak of fires, which dragged on for nearly a month, led the government to declare a one-year state of emergency across the country.

On January 12, 2022, a powerful snow cyclone with winds up to 130 kilometers per hour hit Sakhalin, the Kuril Islands and Hokkaido, Japan. Unfortunately, people were killed and ground and air traffic was paralyzed.

On January 15, wind with gusts over 100 km/hour was observed in Stavropol, Russian Federation, more than 35 thousand residents of the region were left without electricity.

On January 16, 2022, a powerful winter storm Izzy brought low temperatures, high winds, snow and ice to the southeastern United States. In southwest Florida, the storm was accompanied by a series of devastating tornadoes. Unfortunately, casualties have been reported. The storm left hundreds of thousands of residents without electricity.

On January 17, in Montevideo, the capital of Uruguay, a severe storm and heavy rains caused severe flooding. Residents were evacuated from dangerous areas.

On the night of January 18, heavy rains caused widespread flooding in Antananarivo, Madagascar. There were casualties.

On January 18 and 19, the province of Gaziantep, Turkey, was hit by snow and blizzards that were the highest on record in several decades.

Transportation was paralyzed and thousands of people were stranded on the roads.

Experience shows that people are ill-prepared for climatic disasters, and the measures that are taken by the government are often insufficient. We: scientists, officials, ordinary people, need to unite all human potential and create the conditions for science to solve the problem of the climate crisis. Humanity still has a chance to pass the climate test with dignity and build a world in which everyone will be safe and truly happy.