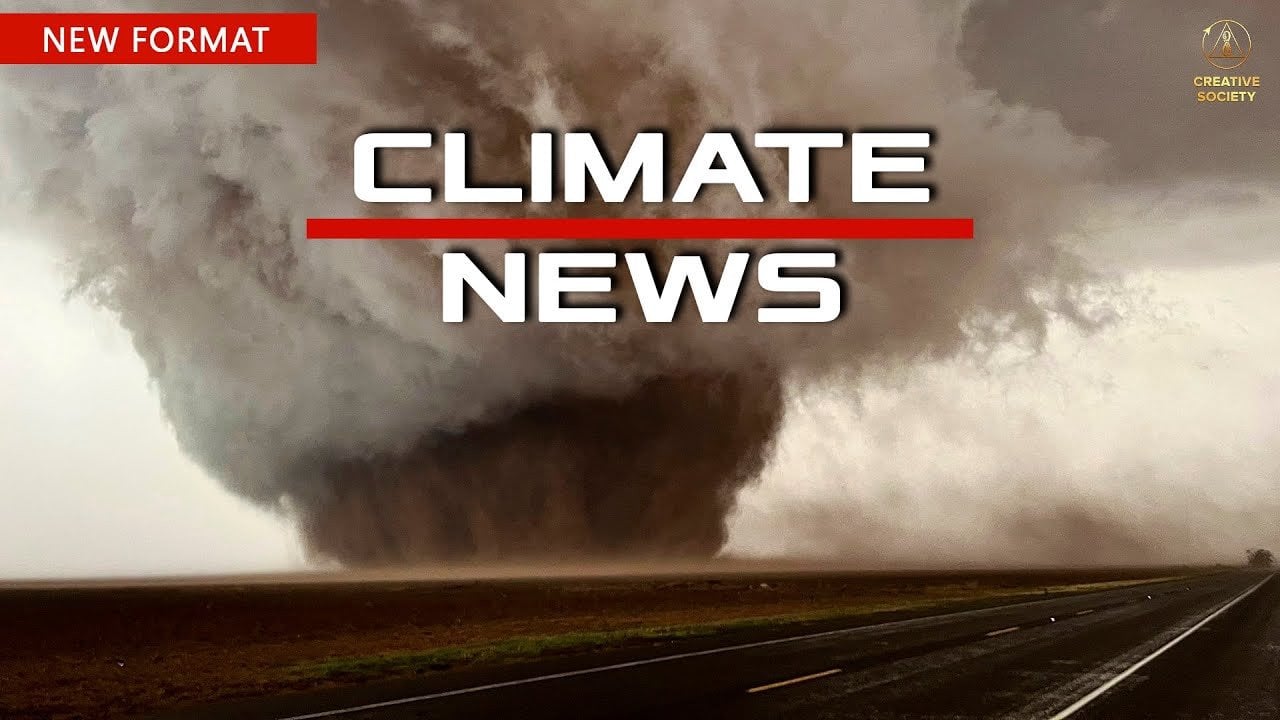 The incessant rains caused the rivers in the northeast of the country to rise sharply. Large-scale floods inundated dozens of localities. Unfortunately, dozens of people died, and about 150,000 families were left without electricity and access to drinking water. Many residential buildings and infrastructure facilities were destroyed. Hundreds of roads fell into disrepair. Farmlands were damaged.

About this and much more in this episode of Breaking News.

HONDURAS. Heavy rains flooded some departments. The nation's capital was hit the hardest.

TEGUCIGALPA. About 600 people were affected. Over a hundred homes were damaged. Landslides and road collapses were recorded.

Tornadoes swept through the cities of Paderborn, Lippstadt and Lütmarsen. Unfortunately, there were casualties and injuries.

BELGIUM AND THE NETHERLANDS were also affected by the storm.

The USA. GAYLORD, MICHIGAN. A category 3 tornado struck the city.

The maximum wind strength was over 240 km/h. Unfortunately, there was a casualty and dozens of injuries. Buildings were partially or completely destroyed.

A major hurricane with thunderstorms and hail swept through the provinces. Unfortunately, there were casualties and injured. Wind gusts in some places reached 120 km/h.

More than 500 000 houses were left without electricity. A state of emergency was declared.

WEST JAVA, INDONESIA. A landslide caused by torrential rain destroyed houses in the village of Cipelang. Unfortunately, there were casualties. Floods inundated and destroyed homes in many provinces of the country. More than 50,000 people were affected.

THE SOUTH AFRICAN REPUBLIC. The province of KwaZulu-Natal was once again hit by a major storm. Heavy rains caused flooding and numerous landslides. Hundreds of people were evacuated.

The Ethekwini urban district sustained the most damage. Infrastructure was damaged and houses were destroyed.

FRANCE. Severe thunderstorms affected 21 departments of the country. The band of hail was about 300 km. Several people were injured. More than 340 houses and dozens of cars were damaged. Farm crops were significantly damaged.

The USA again, STATE TEXAS, One of the most powerful tornadoes struck the north. The storm raged near Morton, and near the town of Levelland. Wind gusts reached 120 kilometers per hour.

CENTRAL JAVA, SEMARANG, sustained heavy rains and high waves breached the city's dam. The floodwater level exceeded 2 meters in some places. People had to evacuate by walking waist-deep in water.

AMAZONAS STATE, BRAZIL. Torrential rains caused widespread flooding in the Amazon basin. More than 360,000 people in nearly 60 municipalities were affected. A state of emergency was declared. The floods caused significant damage to agriculture.

Every day cataclysms are striking different regions of the planet. In view of the trend of increasing cataclysms, it is obvious that very soon it will affect everyone. Natural disasters are already occurring in places where they have never been seen before.

We still cannot even predict climatic events: their trajectory, strength and time of impact.

Because in the consumerist format of society, people's attention is diverted away from the main enemy – CLIMATE.

On May 7, 2022, the International Online Forum "Global Crisis. We Are People. We Want to Live", where the whole truth of the current format of society and the ways out of the global crises were voiced.