Telegram
NATURAL DISASTERS | January 18-26, 2022. Eyewitnesses. Climate change. Breaking news Unfortunately, the most vulnerable segments of the population are particularly affected by natural disasters. And there are more and more such people due to global climate change. 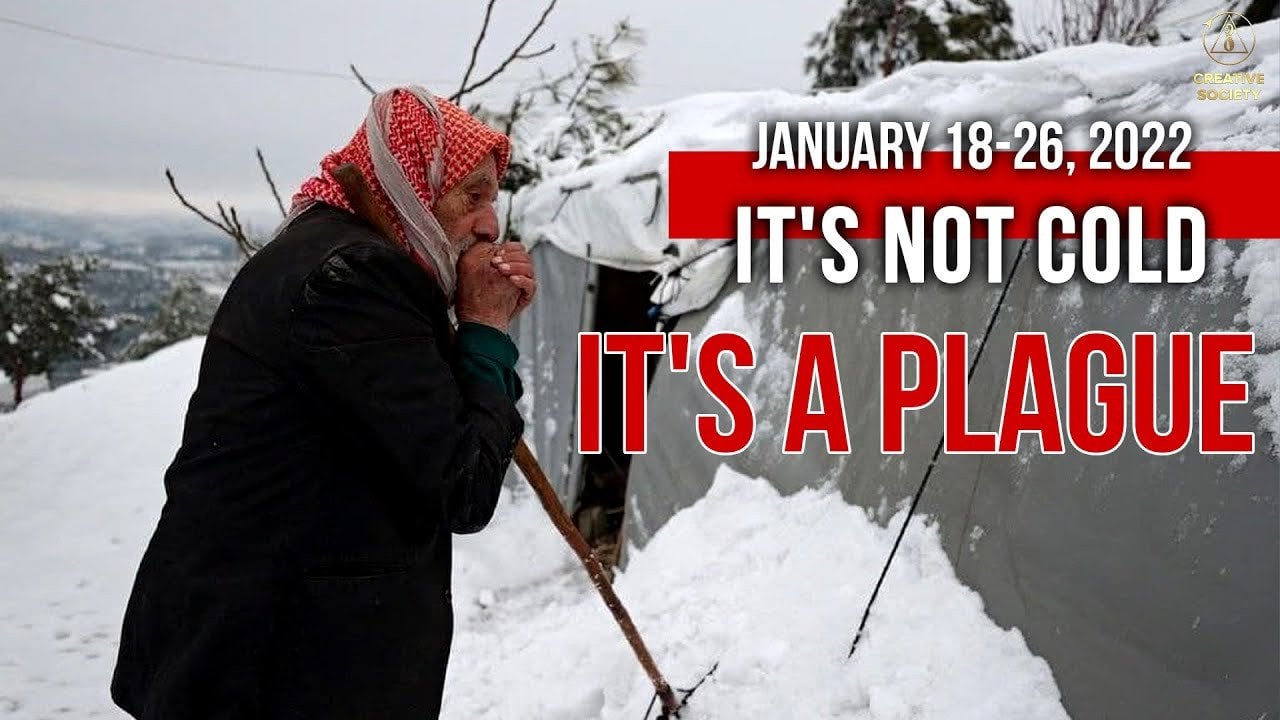 Unfortunately, the most vulnerable segments of the population are particularly affected by natural disasters. And there are more and more such people due to global climate change.

On January 18-19, 2022, abnormally cold weather and heavy snowfall came to the northern and northwestern regions of Syria. Refugees in tent camps in Idlib and Aleppo provinces were the most affected. Most of the tents could not withstand the harsh weather and the weight of the fallen snow. Unfortunately, people died, tens of thousands of people were on the verge of life and death.

Many roads were blocked because of the snowfall, which made it difficult to provide assistance to victims.

This, as well as other events, will be told by reporters of the Emergency News and eyewitnesses to climate disasters in this issue.

A magnitude 6.3 earthquake struck near the islands of Japan on Jan. 21, 2022. There are victims. Within an hour after the main shock there were 6 aftershocks with magnitude higher than 4.

According to USGS there were 19 earthquakes with magnitude greater than 6 in different parts of the planet during the period from January 1 to January 28. Another record for at least the last 10 years.

Earlier, on January 18, there was snowfall in the northern parts of the Sahara Desert, Africa. The temperature dropped to -2⁰С. In the last 24 years, snow has fallen here only a few times.

On January 21, 2022, intense rains in Peru caused the Alcamayo River to overflow its banks. A mudslide occurred near the town of Aguas Calientes. Unfortunately, there are dead, missing and injured. Peru's National Service of Meteorology and Hydrology declared a red danger level.

On January 21, strong winds hit the city of Karachi, Pakistan, causing walls and roofs of houses to collapse. Sadly, there were deaths and injuries.

On January 22, 2022, Tropical Storm Ana struck the island of Madagascar. The resulting floods and landslides caused dozens of deaths.

The storm hit mainland Africa as well. Malawi and Mozambique also have dead.

Heavy snowfalls fell in southern Russia in the 20s of January. A record snowfall of 41 cm was recorded in Krasnodar in the history of meteorological observations. In some villages of the Tuapse region the height of snow drifts was the height of a man.

On January 24-25, 2022 winter storm Elpis (Cyclone Hope) brought the heaviest snowfall to Turkey which has not been seen in the country for 30 years. Istanbul and its surroundings turned into a disaster zone: numerous accidents have led to loss of life. Thousands of cars and buses with tourists were stuck in traffic jams on icy roads. Rescuers were able to reach them only after 12 hours.

On January 24, 2022, Cyclone Elpis brought heavy snowfall, subzero temperatures and a gale to Greece unusual for this southern country. Firefighters and the army were brought in to help people.

On January 26, 2022 heavy snowfalls fell in Georgia. In the mountain village of Bakhmaro the height of drifts reached 4 meters.

On the night of January 26, the Elpis storm overtook Israel after Greece and Turkey.

In just one night, about 20 centimeters of snow fell here, and on Mount Hermon, the height of the snow cover reached one meter.

Being left face to face with the elements, people are increasingly defeated, they need more and more help. It is possible to save the life of each person only in a Creative society, when the life of a Human comes first. And the future of mankind is possible only under the condition of universal unification on the basis of universal human values: mutual respect and mutual assistance, security and justice.