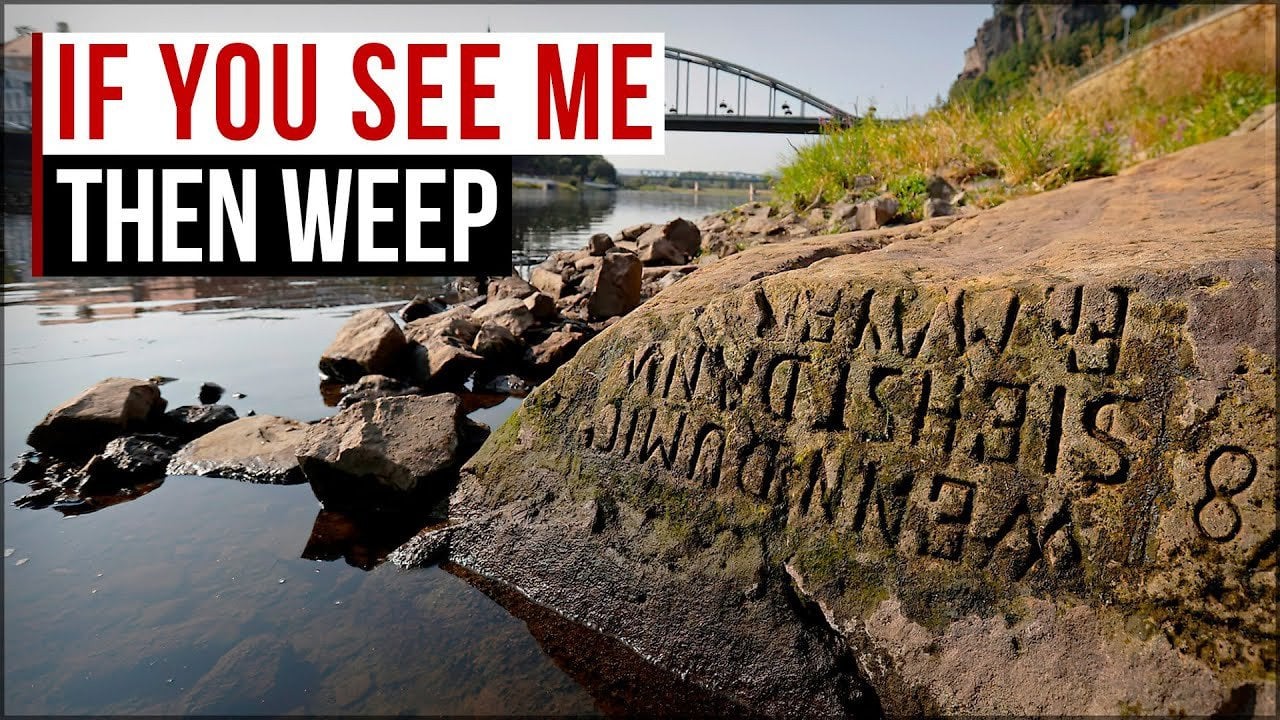 SENSATION! Hunger stones in Europe resurface! What awaits us?

SENSATION! Hunger stones in Europe resurface! What awaits us?

There hasn't been an extreme drought like this year's in the last 500 years. Extreme heat is emptying reservoirs and drying up rivers in Germany, the Netherlands, France, Spain, Serbia, Portugal and other countries. The lack of rain, heat waves and critically low water levels threaten to impose even stricter restrictions on water use in many European countries.

"IF YOU SEE ME, THEN WEEP," an inscription in German appeared from under the water on a century-old boulder at the bottom of the Elbe River, which originates in the Czech Republic and flows through Germany.

☀️ FRANCE — DRINKING WATER IS BROUGHT IN BY TANKER TRUCKS

Two-thirds of France's regions have declared an agribusiness crisis.

The country's longest and most full-flowing river, the Loire, has completely dried up in some sections.

☀️ People in Orleans can easily walk along the shallowed riverbed. In Toulouse it is possible to wade across the Garonne. The river water can no longer cool the reactors of nuclear power plants — energy companies have been forced to markedly reduce the capacity of nuclear units.

Since August 12, in 93 departments 💧 France imposed various restrictions on the use of water, for violation of which a fine of up to 1500 euros is imposed. Local authorities urge to save it in every possible way.

❓ With this background, it seems incomprehensible the decision of the authorities to make an exception for watering golf courses. And it begs the question of whether everything is okay with the current format of society ❓

In departments where the highest "red" danger level has been declared, water is only allowed to be used for cooking, health needs and to put out fires.

🔥 By the way, at the moment several large fires as well as dozens of small fires are active in the country.

Since the beginning of the year, more than 40,000 hectares have burned in France, far more than the average of the last 15 years.

And the total supply of water in the country's reservoirs has dropped to a historic low of 39%.

💧 ITALY — A STATE OF EMERGENCY IS DECLARED IN 5 REGIONS. Italy's largest lake Garda has shallowed to historic levels.

The state of emergency was declared due to the drying up of the river Po in the northern regions. Several municipalities have already declared water rationing.

UK residents are also being urged to use water only for immediate needs.