Telegram
Natural DISASTERS | January 27 - February 3, 2022. Eyewitnesses. Climate Change. Breaking News For more than two months, people in Brazil have been suffering from massive floods and landslides in different states of the country. More than 150 cities have been already affected. But the disasters do not stop: 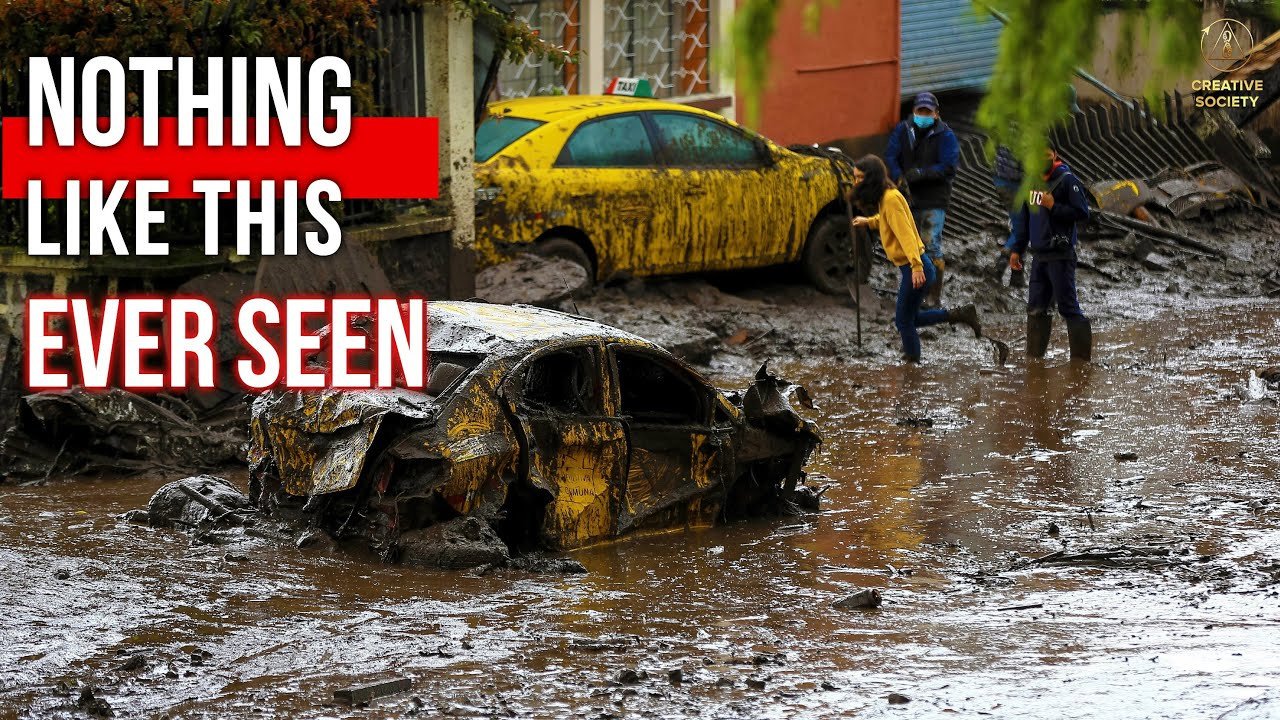 For more than two months, people in Brazil have been suffering from massive floods and landslides in different states of the country. More than 150 cities have been already affected. But the disasters do not stop:

On January 27, another storm struck Brazil, in the state of Sao Paulo. The next day, strong winds brought heavy rains that caused floods and landslides. Sadly, dozens of casualties have been reported, and there are injuries and missing persons.

On January 30, 2022, a landslide occurred in the city of Franco da Rocha. Once again, there were casualties.

The climate is setting in - In this Breaking News episode, reporters and eyewitnesses from around the world are going to tell you all about it.

At the end of January 2022, a devastating storm Malik swept across Europe. Unfortunately, it was not without human casualties.

In coastal cities in Germany, the storm caused severe flooding. In Hamburg, the River Elbe overflowed its banks and flooded the historic center. In Berlin, the state of emergency was declared.

The storm raised the seven-meter waves off the coast of the Netherlands and swept a dry cargo ship from its anchor. People were evacuated by helicopters.

Many houses, cars and boats were damaged in Norway.

On January 26-28, 2022 there was snowfall in Morocco. The level of snow cover in some areas reached 40 centimeters. This is an unprecedented sight in the local area.

On January 28, due to heavy rains, a state of emergency was declared in Ecuador. Casualties were reported in the Ecuadorian capital of Quito.

But the catastrophe did not end there - on January 31, the heaviest downpours in 20 years continued in Ecuador.

Dozens of casualties were reported, many injured. In Quito, the rains caused a powerful mudslide - a mudslide about three meters high engulfed homes and cars.

On January 29, 2022, the heaviest snowstorms in four years struck the east coast of the United States. The abrupt pressure drop was accompanied by hurricane-force winds and heavy precipitation. Unfortunately, the storm took several lives.

On January 31, 2022, a cold front brought heavy rains and high winds to Haiti. Thirty-six hours of incessant downpours caused rivers to overflow. There are casualties and missing people.

In the neighboring Dominican Republic, the storm also caused flooding.

In late January 2022, a powerful storm hit parts of Malaysia. It brought strong winds and rain. The streets were in chaos.

Fortunately, no injuries were reported.

And this unification is possible only on the basis of the main human values: kindness, compassion, mercy and love.