Is our Earth a Big Landfill?

Eight billion people live on Earth. We got used to treating our planet in a consumerist manner and don’t even think that in the first place we, first of all, harm ourselves. In a world where everything falls under the thirst for enrichment and the search for the simplest and cheapest solutions, where resources are used irrationally, garbage has become one of the most urgent problems of our society.

All of these questions were sorted out thanks to the information carefully collected and analyzed by the volunteers of the Creative Society project and made publicly available at the conference Global Crisis. Time for the Truth.

Irrational use of resources

We use resources so inefficiently that we produce far more than we can consume. We throw away food, new clothes, even new cars.

Landfills poison everything around them!

The data on the amount of garbage that is publicly available is very understated. But even according to this data, we throw away more than 2 billion tons of waste every year. 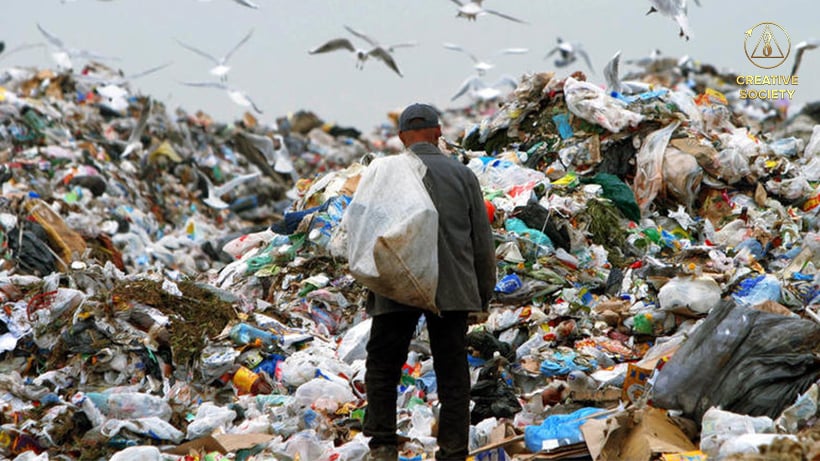 In just the last 4 months of 2021, 730 million tons of trash were dumped into landfills. For comparison, the entire population of the Earth weighs 300 million tons, which means that in just 4 months we threw away 2.5 times the weight of the entire human race.

Landfills often have fires that cause even more damage to humans and the environment.

For example, in August a graveyard of old tires in Kuwait caught fire. Pillars of black smoke were visible even from space. The fire caused toxic air pollution and harmed the health of nearly 4.5 million people.

Much of the garbage, in the form that we throw it away, is not biodegradable and cannot be properly recycled. It poisons our water, our air, our food - our lives.

The Ghazipur landfill in India alone is comparable to the height of the Taj Mahal. The waste decomposes, releasing methane and other chemicals, poisoning the soil and air, and contributing to the greenhouse effect. The landfill gas enters the ground and then into water bodies, from which drinking water is later taken.

The second example: in the capital of Indonesia, there are more than 200 textile factories on the banks of the Citarum River that produce cheap clothing for the whole world. 20,000 tons of waste and 340,000 tons of sewage are discharged into the river every day. They pollute the river with lead, aluminum, iron, and manganese.

These are just a few examples, but it happens all over the world! In addition, incineration of waste is practiced, resulting in the release of dangerous gases containing toxic heavy metals. Cadmium, mercury, and lead, when ingested, affect the circulatory and nervous systems and create risks of genetic cancers. A new report from the UNICEF Children's Fund says that one in three children, or about 800 million children, have such high levels of lead in their blood that it can cause impairment of their mental abilities and even lead to death. 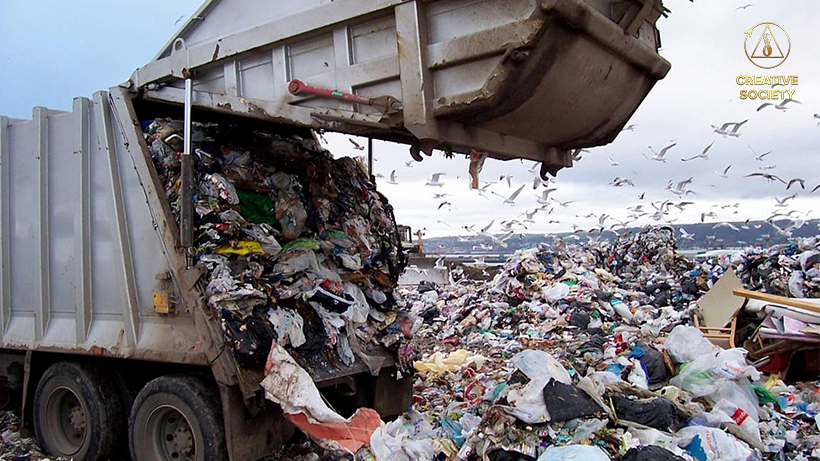 Recycling is not saving the situation!

According to the World Bank's What a Waste 2.0 report, plastic, paper and cardboard, metal and glass make up 38% of municipal waste. And only 13.5 percent of this recyclable material is actually recycled worldwide, which is a little over 5 percent of total waste. Despite this, our rate of production and consumption is only increasing, and so are the landfills around us.

Right now, recycling is very time-consuming and costly. To get a ton of recycling, it takes incredible resources to wash, collect, bring in, sort, pack, sell, and so on. In the end, it turns out that you have to spend a lot more money, and no one is ready for that. For example, one of the varieties of PET plastic in its new form costs about 500 euros per ton, and in a recycled form it costs about 1000 euros.It is absolutely unprofitable for the manufacturer to make the cost of the product twice as high. Moreover, in conditions of fierce competition, his product becomes unprofitable. Plastic recycling firms even go so far as to add more of the new plastic to the recycled plastic and sell it under the RECYCLED stamp.

Most of the recycling that takes place around the world nowadays should be called "downcycling". This means that plastic that goes through the "downcycling" process cannot be reused, its quality is reduced. So we should ask ourselves: why are these types of plastics even allowed to be produced if they cannot be recycled or reused?

Not only does trash itself harm our planet, flora and fauna, and ourselves, but we are so blinded by the thirst for enrichment that there is such a phenomenon as the garbage mafia.

As soon as there was non-biodegradable and toxic garbage in the world, there were those who made money from it. Mafia clans buy territories and turn them into landfills. And although on paper everything may look legal, most of the time these landfill sites are near residential settlements and violate all ecological norms.

An important part of the garbage mafia's business is the illegal transportation of industrial waste. If a company wants to get rid of its toxic waste and pay as little money as possible, it turns the waste over to the mafia. And instead of being disposed of in a proper but expensive way, this waste is taken away and then disappears.

For example, in Naples and the surrounding region alone, environmentalists count at least 1,200 small and large illegal dumps. The amount of phosphorus, mercury, and arsenic in this region exceeds the established norms by 400 times. According to medical statistics, people here die of cancer twice as often as the national average. 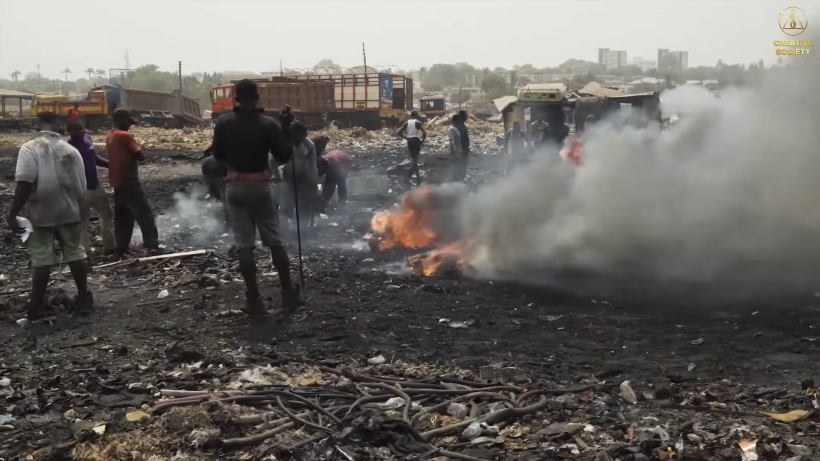 By controlling landfills, the mafia not only makes a disproportionately inflated profit, but also has the ability to control cities. As soon as they prohibit bringing garbage into their landfills, the city turns into a dump.

What can we change?

What we really can and must do today is to change the format of society from a consumer society to a CREATIVE one. When the 8 Foundations of the Creative society are adopted at the constitutional level in all countries, such schemes will not be possible. Because the main value all over the world will be Human life. Under such conditions, there will be no room for all this filth on the planet and in relationships between people. Any business will be built only on the single goal of improving people's lives, benefiting the planet and all of humanity.