The Inhale of the Earth. Where Does the Water Go?

In recent years, we have been witnessing with our own eyes how rapidly rivers and lakes on Earth start to become shallow. Bodies of water "melt" right before our eyes, significantly decreasing in size or disappearing altogether. People everywhere are trying to find the answer: what is the reason for such events? who is to blame? and how to fix this situation?

But today many people do not even imagine the scale of the impending disaster...

Lakes are drying up

In 2016, Bolivia's second largest lake, Lake Poopo, dried up. Back in April 2013 there was water in it, but three years later it had completely disappeared. For the locals, it was a tragedy and a messenger of a sad future. 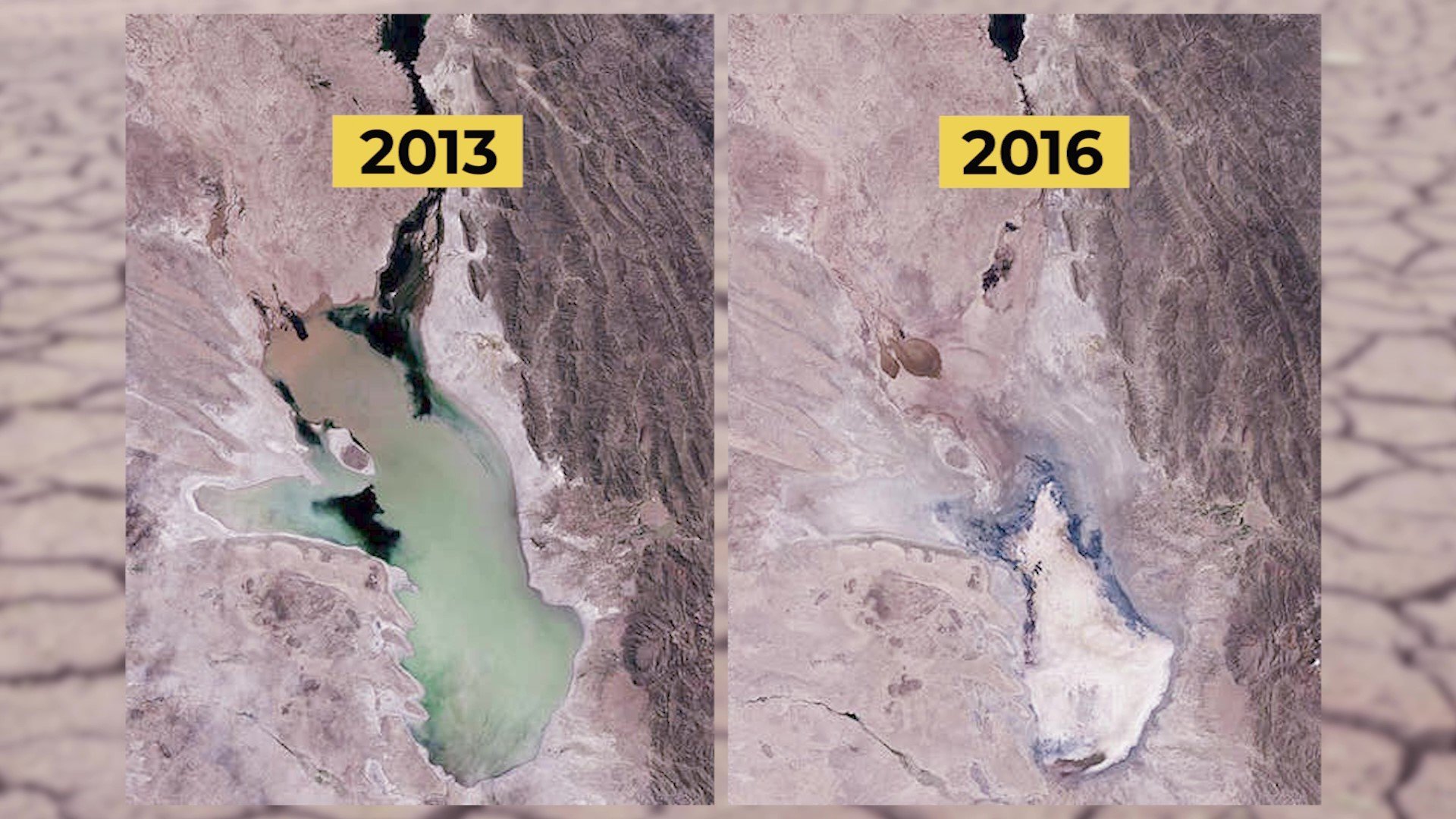 In Chile, Lake Laguna de Aculeo, which was 6 meters deep, died. It dried up in 7 years and disappeared completely in 2019.

The same tendency is observed in California (the USA), where Lake Oroville, the second largest reservoir in the state, is drying up at a gigantic rate. Now the water in it has dropped to a record low level.

In Russia, not only has the water left Lake Peschera through a narrow hole in the bottom, but even the fish and all aquatic fauna have disappeared.

Rivers and waterfalls are drying up

The Paraná River, the second-longest in South America after the Amazon, is now at its lowest water level in 77 years.

The world-famous Indus River in Pakistan has almost dried up - the size of its delta shrunk by more than five times. Hundreds of people living near the river had to leave their homes. Several settlements along the coast were deserted.

Once the turbulent Slims River (Canada), which was about 3 meters deep, almost dried up in 2013, leaving a small footprint in the deepest parts of the body of water.

Today many rivers in America are also on the verge of drying up and disappearing, from mighty Colorado to the Gasconade. 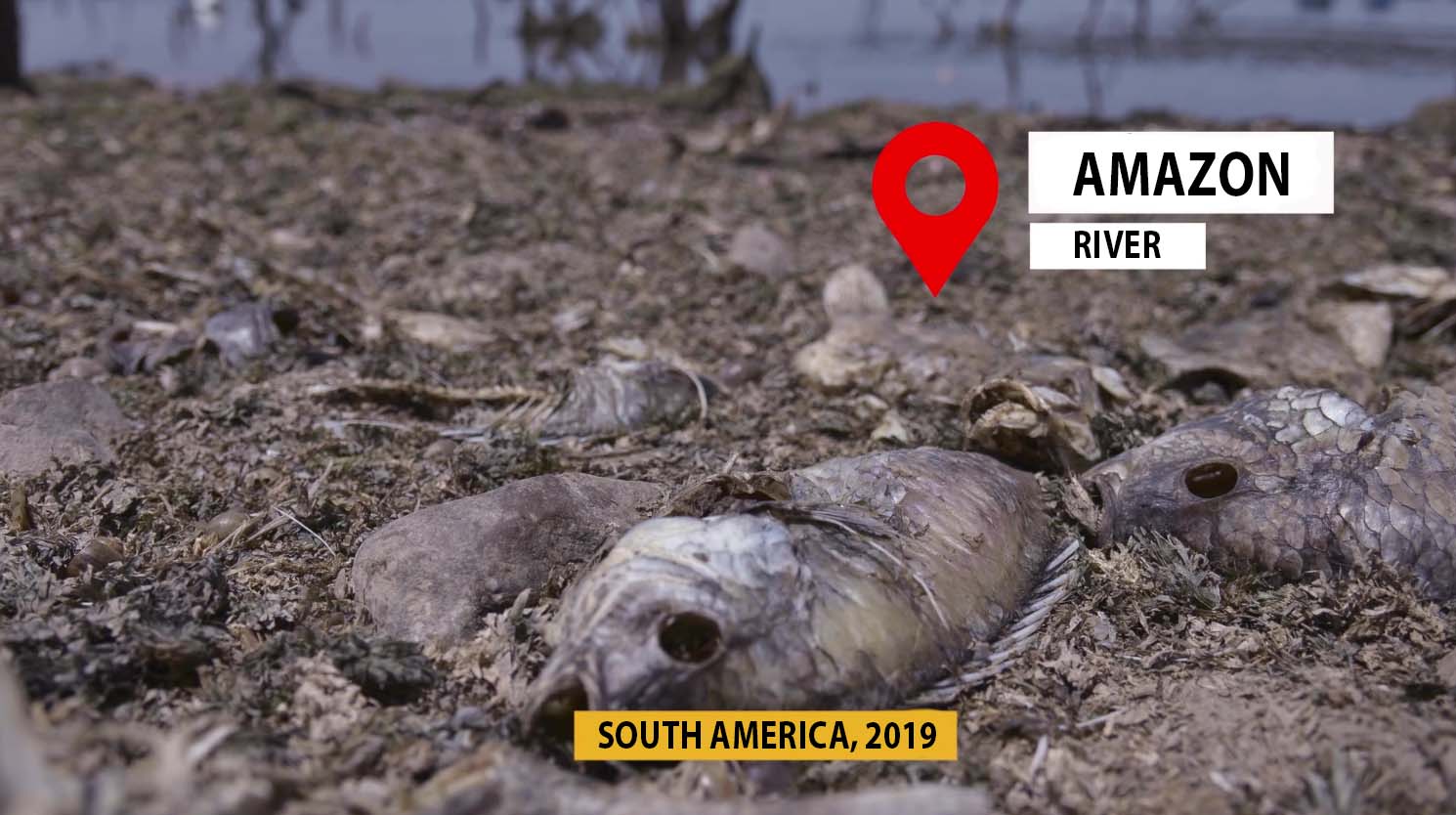 Argentina's Iguaçu Falls Complex (Brazil), nearly 3 kilometers wide and one of the largest in the world, has recently shrunk fivefold. Victoria Falls (Africa), the second most powerful waterfall after Iguaçu, was on the verge of completely drying up in 2019. 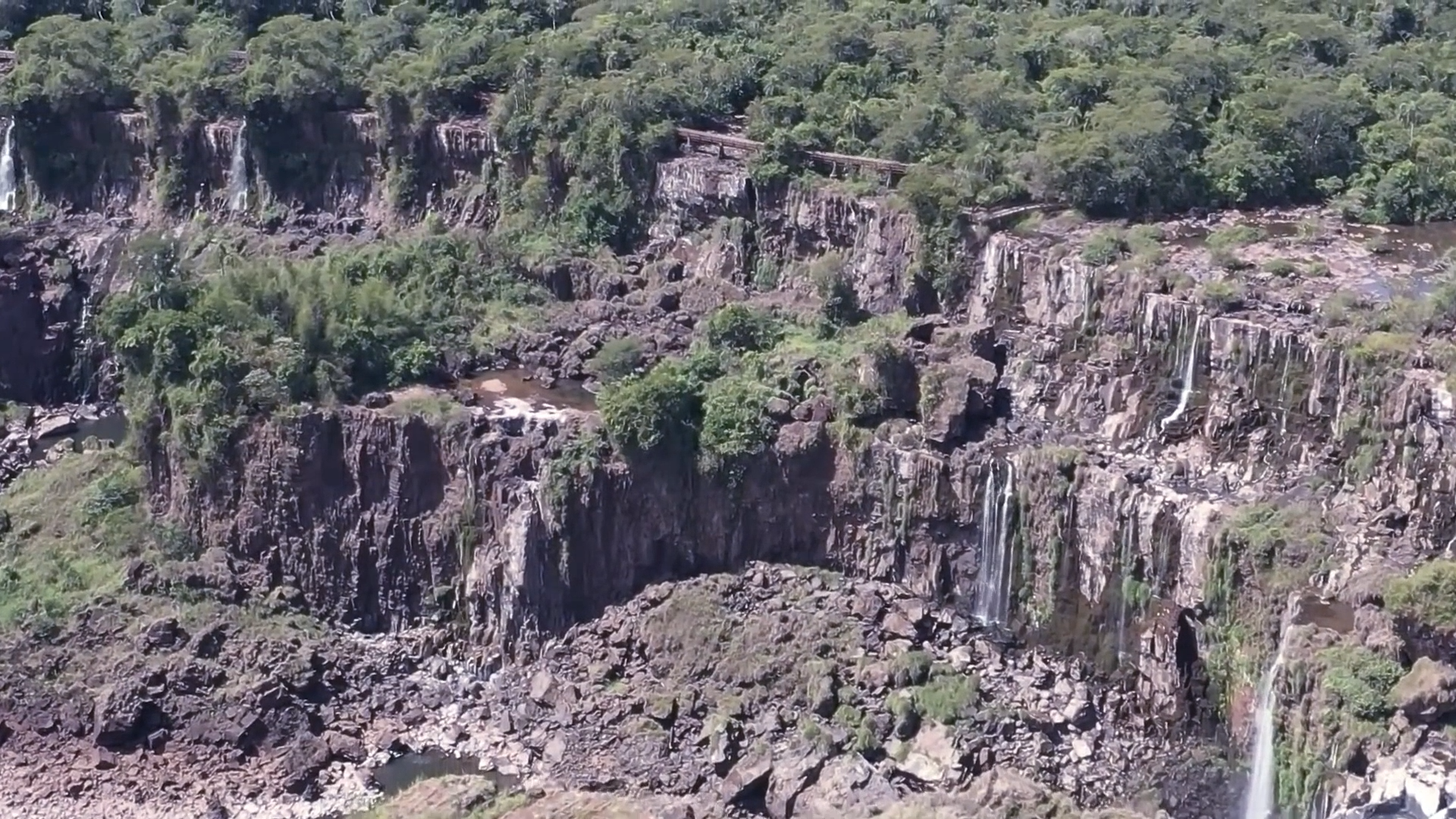 There is no place on Earth today that has not been affected by this problem. We see the water receding on all continents. American scientists provide data that over the past 50 years, water levels in the world's largest rivers have significantly decreased. In China alone, more than 27,000 rivers have disappeared, which is almost 50% of the rivers of the entire country. Over the last 30 years more than 10 thousand rivers have dried up in Ukraine, wells are drying up on its territory. A quarter of the rivers and half of the small streams of England are under the threat of extinction. Due to water scarcity, India is facing a water crisis it has never known before. 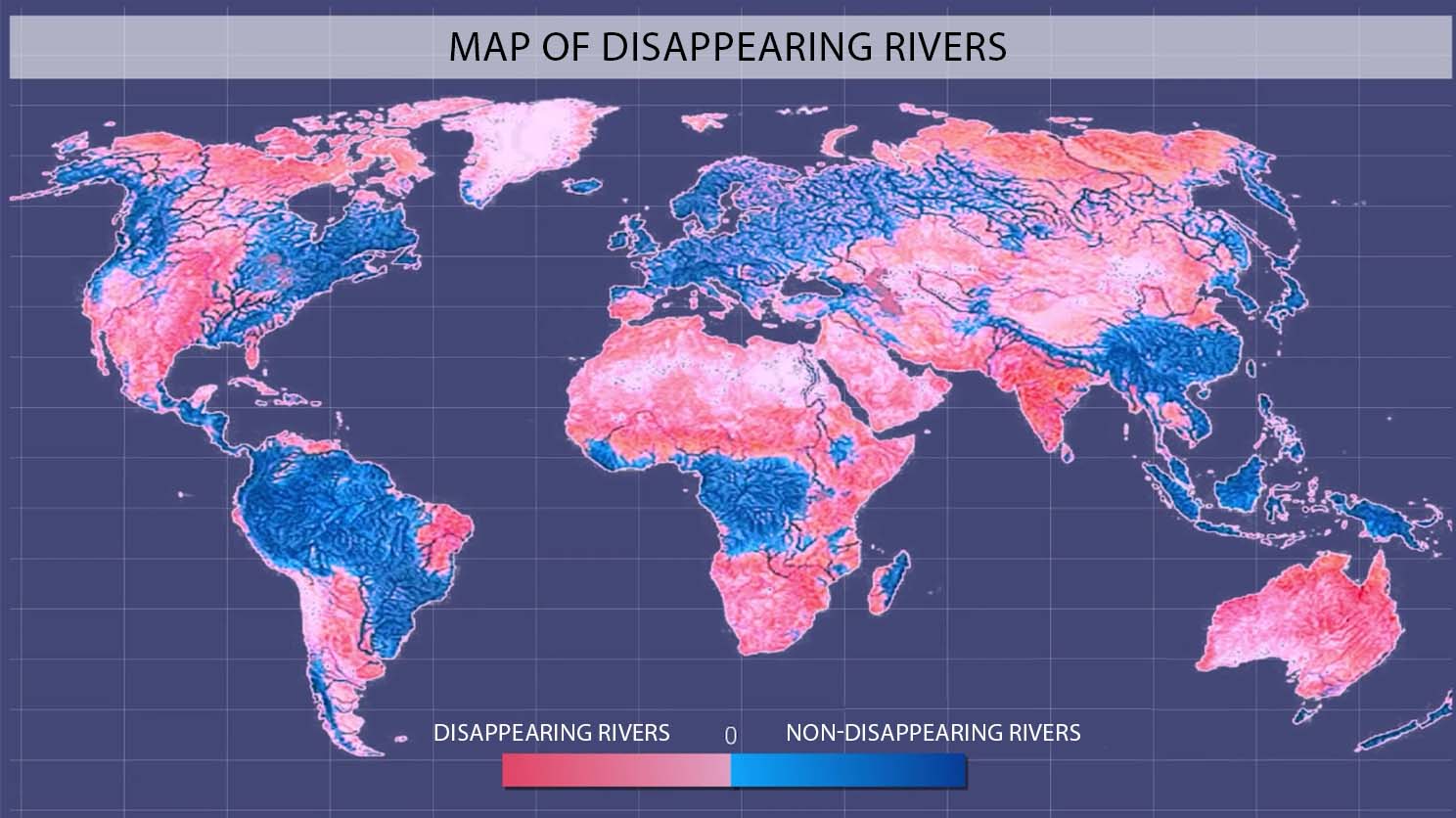 At the same time, on the one hand, rivers and bodies of water are disappearing all over the world, and on the other hand, the number and frequency of powerful destructive downpours is increasing everywhere. So what is happening on the planet?

Why and where does the water go?

Every 12 thousand years the Earth enters a cycle of planetary cataclysms when galactic interaction affects the core of the planet. The unbalanced core begins to "jump," the planet accelerates its rotation and expands along the equator. As a result of this process, micro-cracks form, through which water escapes from rivers and bodies of water to greater depths. This can be compared to the inhale that the planet takes in water from the surface. But after an inhale, an exhale follows... 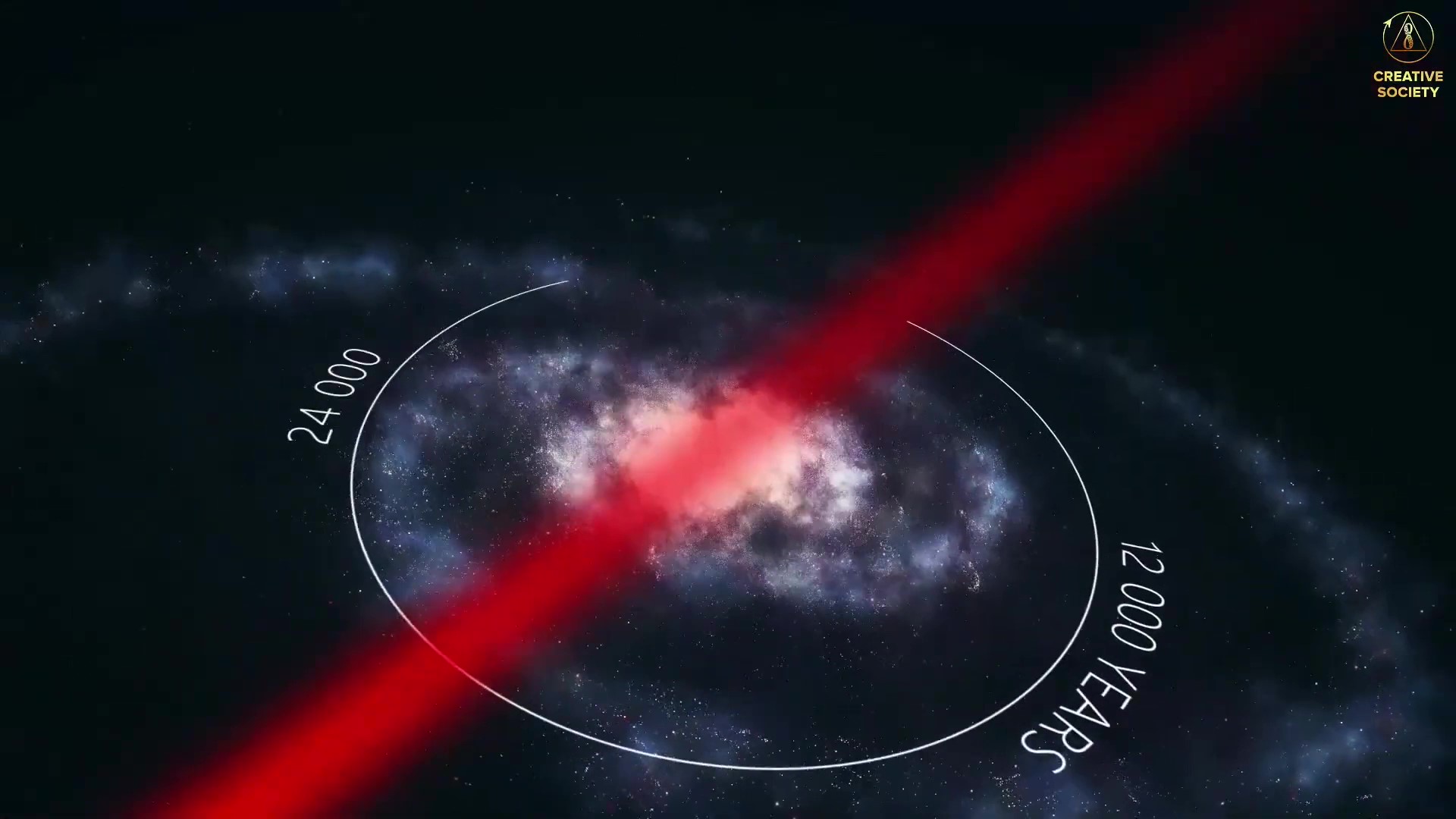 What will be "on the exhale"?

The acceleration of the planet affects its centrifugal force, resulting in magma rising to the surface of the Earth's crust and heating underground water. The confirmation of this fact can already be observed today: melting of glaciers from below upwards, heating of deep layers of the world ocean, boiling of water in wells. For example, in Western Siberia at a depth of one and a half kilometers an entire sea of hot water of a trillion cubic meters  "splashes", the one which is twice the volume of the Mediterranean Sea. Such bubbling-boiling "underground seas" are in many other regions of the planet. They will suffice for arranging another Biblical Flood.

When the magma reaches these enormous reserves, the water will begin to evaporate in an avalanche. It is frightening to imagine how much of it will come out of the ground when the planet exhales! This will result in incessant rainstorms that will cause catastrophic floods. We will be facing water rises of kilometers so that only the tops of the mountains will remain! And this happened to mankind before.

Today, humanity's greatest and most ruthless enemy is the climate. It has long started a war, but not everyone understands and sees it because of our consumerism. We still have time to unite and save life on Earth. Only the Creative Society will help people cope with the impending cataclysms. By becoming a united front, we will unite the scientific and technical developments of modern scientists and put them to the defense of all mankind. Nothing is impossible for people united by one common goal - to live in the Creative Society!