Global Crisis. Our Survival Is in Unity

On Saturday, Nov 12, 2022, there was held the international online Forum “Global Crisis. Our Survival Is in Unity”, simultaneously interpreted into 150 languages spoken by approximately 90% of the world's population. During 12 hours of the Forum there was shown the solution to the escalating global crisis. It is changing the consumerist format of society to the creative one by introducing the 8 pillars of the Creative Society into the Constitution in every country with subsequent alignment of the legislation with the renewed Constitution. At the same time, the model proposes to introduce self-government and create an e-voting platform. The politician will become the implementer of the will of the citizens exercising responsibility instead of power.

In the climate part of the Forum, a crucial fact about the state of the planet was announced: in 1998, the planet's core abruptly shifted, causing the Earth's rotation to accelerate. According to a mathematical model developed by an interdisciplinary team of scientists, the terminal date for the destruction of our planet without the Creative Society is October 2036. As early as 2028, the conditions for human life on Earth will be almost unbearable. The mathematical model is based on publicly available data that can be verified and cross-checked.

E. Chromova, the Head of the scientific group, stated why it is not possible to name the whole team. This is because a large part of the scientific community is forced to remain incognito in order to protect their lives. “The names of the true authors of the hypothesis presented in today's report we will learn only in the Creative Society, and you will be amazed what famous names you will hear among them.” she added.

As part of the event, Robby Wells, US politician and a 2020 presidential candidate who will announce no later than 1 January 2023 whether he will run in the 2024 US presidential election, gave his speech. He said: “The cornerstone of my election [campaign] , if I choose to run, will be the building of the Creative Society. Because only the incorporation of the 8 Pillars of the Creative Society into the Constitution will guarantee a secure, stable, comfortable, and happy life for all people.”According to him, everything that people in the U.S. and all over the Earth need is spelled out in these 8 pillars because the people themselves formulated them.

The forum showcased a number of important topics that were previously unreported to the general public. Here are just a few of them: 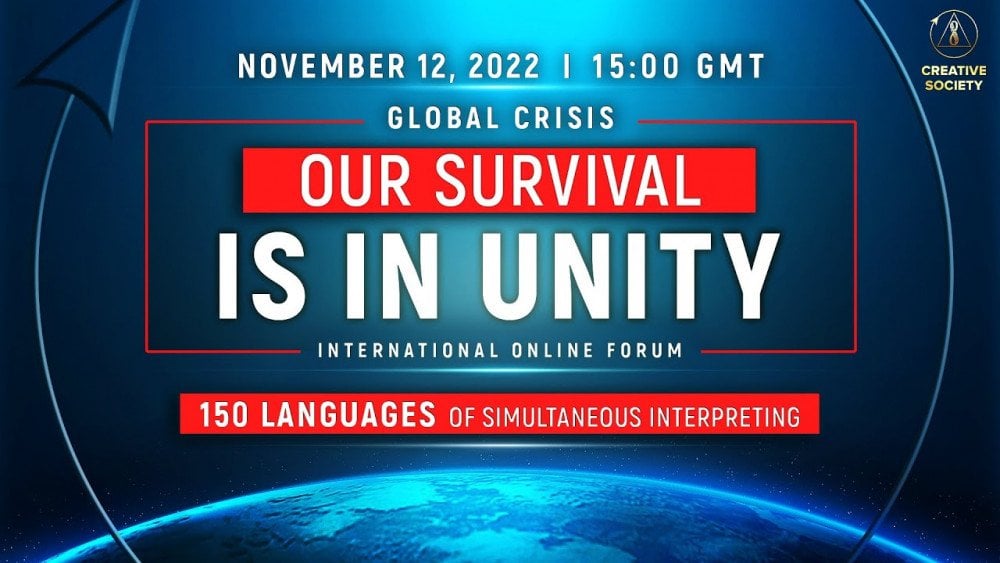