International Round Table “How to Build the World the Prophets Dreamed of?”

“Now we are living in a time when people have the opportunity to change the future for the better. This can be done by people who know the truth, who perceive the truth. It's each of us. I really believe that everyone has the opportunity to do that.

No one will do it for us, anyway. So it's just our responsibility.”

Such inspiring words were uttered by Jonathan Rivat, Strategic Sales Development Manager from the Netherlands, at the international round table “How to build the world the Prophets dreamed of?”. This online meeting was dedicated to the international conference “Creative Society. What the Prophets Dreamed of”, which took place on March 20, 2021.

For the first time in 6,000 years, the human family was able to unite around the single Truth. People of different cultures and faiths voiced the truth that God is one and all people are equal among themselves. The broadcast was conducted on thousands of online resources around the world. More than 45 languages of the world, into which the conference was interpreted, were united into a universal language of love and understanding.

Here is what Khaled Madi, Doctor of Engineering (Jordan) had to say about the conference:

“The conference allowed us to realize more deeply the importance of the time in which we live, the importance of choosing the actions of each person. After all, thanks to our joint actions, this event took place. You can see how one idea was able to unite millions. This confirms that people together can do a lot. Let us not stop and remain silent, but continue to share this information and talk to our friends, acquaintances and strangers. Especially now there are modern technologies, thanks to which we can talk about this idea anywhere in the world. I believe she can inspire a lot of people.” 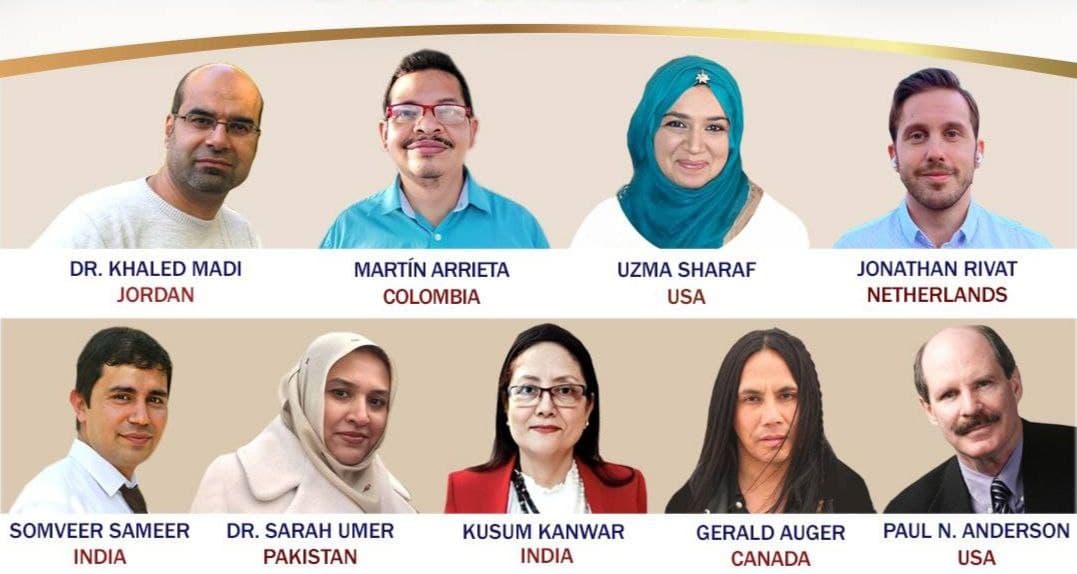 Indeed, such unification of people launched a powerful wave of creation which increases as more and more like-minded people join. The first international round table brought together participants from the USA, Canada, India, Colombia, Pakistan, the Netherlands, Jordan. They spoke about the significance of the recent conference, which means that ordinary people themselves organized this global meeting and expressed a common desire to live in peace, respect and harmony with each other. Also, the speakers more broadly considered the topics raised at the conference and noted that the general vector of development of society depends on absolutely every person.

“In fact, there are a lot of problems in the world now, but it all depends on the small efforts of a large number of people. And it is very important that we all have the inner strength to develop our best qualities in order to inspire everyone: both men and women. I would call us all volunteers. And I believe that each of us, absolutely everyone, has this potential and strength to be heroes, has the courage and patience to create better conditions for everyone. Doing the right thing, acting boldly, making these changes is really what we can do.”

This broadcast marked the beginning of a new format of broadcasts, which are held every Sunday by scientists, researchers, people of different cultures and religions. The purpose of these meetings is the revival and dissemination of the Truth, contributing to the transformation of the world and building of the Creative Society.

“To protect all of humanity, we need to make efforts to build the Creative Society. This is the most important thing I learned from the conference that took place on March 20. If we have a vector of movement, we need to express and describe this vector – the vector of the world, the vector for the better,” Professor Somvir Samir, President and Founder of Aahar Deep (India).

Today, people around the world are inspired by the idea of creating a dignified future. It is a great honor for each person to become a builder of a new Creative Society, to implement its 8 Foundations, which are reflected in the true beliefs of all people. The awakening of humanity is already happening! It is very important that everyone learns about this, so that together we would choose a humane format of the life of society.