About the conference Global Crisis. Time for the Truth on the Moldovan TV channel GRT

The media have also joined in informing humanity about the Creative Society project, as well as the impending climatic and ecological crises. Thus, on December 4, 2021, the 12-hour conference Global Crisis. Time for the Truth was broadcast live by GRT Gagauzian TV channel (Moldova). And on December 6 the channel released a news piece about this unique event, where viewers were informed that the event had been organized by volunteers from 180 countries on the platform of the Creative Society international project. The speakers of the conference were public people, researchers, scientists, specialists from different fields and many others. The presenter noted that the international conference Global Crisis. Time for the Truth was held online with simultaneous interpreting into 100 languages. The aim of the conference was to inform humanity about the scale of the climate and environmental crises, the impending threats and the real way out of this situation.

Journalists reported that climate change is occurring at an unprecedented rate. More and more dangerous meteorological, hydrological and climatic phenomena are observed on the planet. Severe abnormal heat waves alternate with hurricanes and heavy rains of devastating force. A record number of hurricanes occur even during presumably calm periods or in places where they are not typical at all. The number of victims of disasters is increasing every day. Millions of survivors become climate refugees. Irreversible changes on the planet are being recorded daily. This was discussed at the International online conference Global Crisis. Time for the Truth.

It was noted that the aggravation of planetary climate changes on Earth is caused by processes occurring on the scale of the entire solar system. In confirmation of this fact, scientists reported that similar changes occur on all neighboring planets and their satellites. Climate changes on the Earth entail the aggravation of all the crisis phenomena in our society: the situation in international politics, social sphere and macroeconomics is worsening. Food and hunger problems are on the agenda, as well as the problem of forced resettlement of millions of people.

Another global problem of our time is the environmental crisis. Every year we lose tens of millions of hectares of forest. The water ecosystem of the entire world ocean is on the brink of disaster. The amount of freshwater is depleted and limited. The accumulation of garbage on the planet is observed on a catastrophic scale. Thoughtless human activity has intoxicated the planet and destroyed most of its vital resources.

Today it is important to bring this information to everyone, and it is great that Moldovan television took the initiative to join in broadcasting the conference. We need to increase this wave. After all, how quickly the media of different countries will get involved depends on how actively people will inform each other and how loud our voice will be. We ourselves create the demand for the truth! 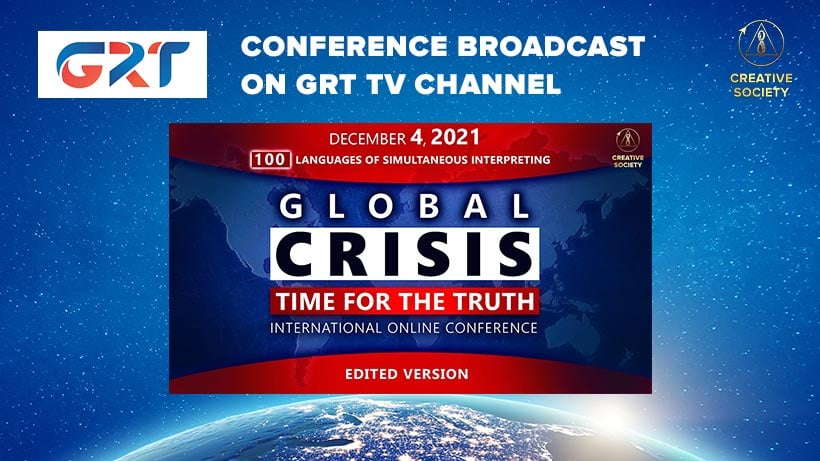